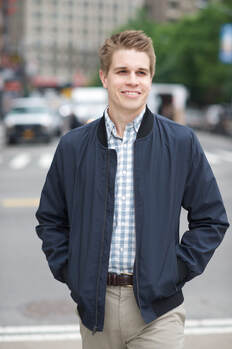 Martin Bentsen, founder of Actor Screener Shoot, specializes in helping actors find their brand and determine what scenes will work best for their reel, and then will be present on site to shoot your scenes. Learn more about his actor coaching work here.

He's spoken numerous times at New York University, has run educational seminars at Actor's Connection on branding and marketing strategies for performers, and has written and published an informational book called Get Cast, which focuses on marketing tactics actors can use to find more consistent work. He is a member of both the National Association of Sales Professionals and Sales & Marketing Executives International, two highly acclaimed marketing organizations in the United States.

Martin graduated in 2011 with honors from NYU's Tisch School of the Arts with a focus on directing. In 2010, he founded City Headshots®, which, according to Yelp, is ranked the top headshot studio in all of New York City and has worked with well known companies such as LinkedIn Corp and American Express, and some of its photos have been featured in The New York Times and The Wall Street Journal.

As a filmmaker and entrepreneur who has written four features, produced and cast two of them, and grown a company from zero to working with 150 clients per month, Martin not only understands the intricacies of marketing and finding an audience, but also what it takes for actors to successfully navigate the casting world while making themselves memorable. He coaches actors one-on-one in their branding, marketing, and business strategies, and in how they conduct themselves during the actual audition.

Martin’s long term goal is to connect business coaches with actors across the country and help permanently end the cliche of The Starving Artist. 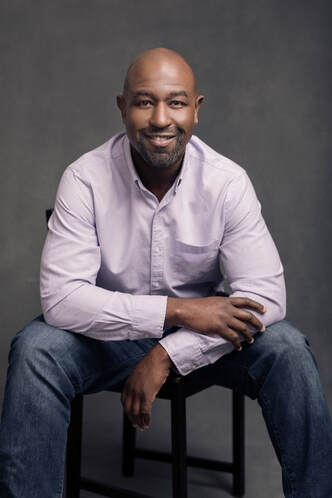 ​Tyrone was awarded the ASCAP Frederick Loewe Award for his work as a writer. He holds a MFA degree in Writing from NYU Tisch School of the Arts and studied directing in New York City. His short comedy screenplay Overrated won First Place at the 2018 Action On Film Megafest/Script Summit Screenplay Contest for Best Short/Web-Series and his short dramatic film Un{H}armed is an Official Selection of the 2018 Georgia Shorts Film Festival and Official Selection of the 2018 New York Short Film Festival.

Tyrone was selected from a nationwide search to be part of Chris Rock's television writing program for comedy writers at Comedy Central Network where he worked with Emmy Award winning writing teams at The Daily Show and The Colbert Report. While there, Tyrone was mentored by comic greats Larry Wilmore, Tracy Grandstaff, Rory Albanese, and Barry Julien - Head Writer of Colbert's show. Tyrone writes for stage, film, and television.